We seem to have been in the west end more in the last couple of years than we have in the previous ten. And no, that’s not a complaint; it’s one of my favourite places to spend a few days! The lure of the theatre is strong in this one, and when it’s surrounded by amazingly fascinating places to visit, and some of the countries finest places to eat… well, frankly what’s not to love? 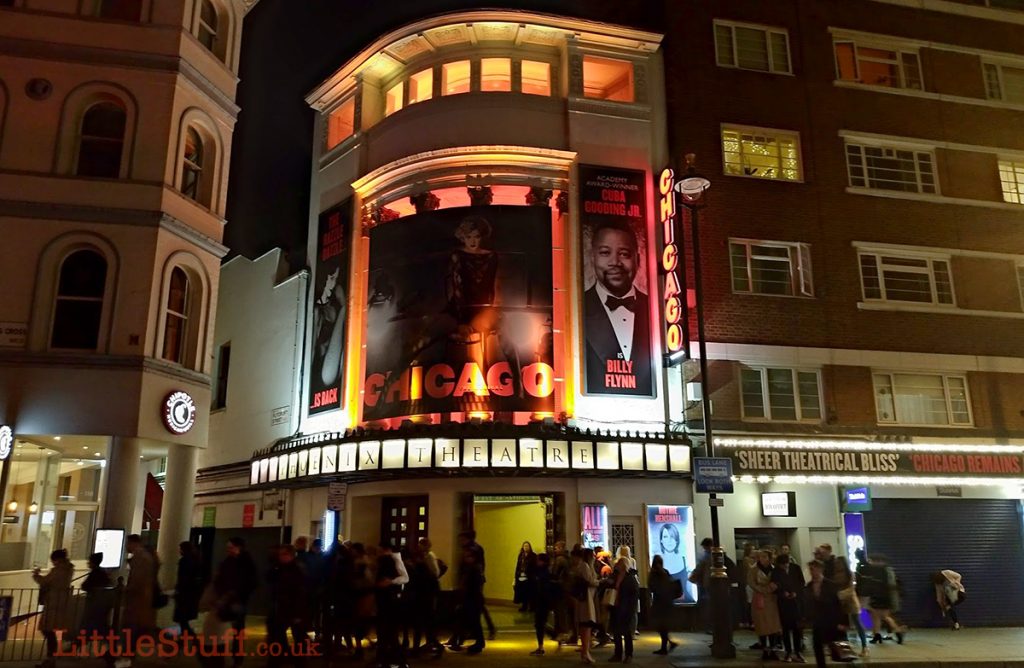 A few weeks ago we were headed back into the city for a joyous night with Cuba Gooding Jr, courtesy of Chicago (excited? MUCH?!), and as is always the way, the show would finish AFTER the last train back to the West country left Waterloo.  We have two choices; we can drive an hour and a half to a train station nearer London, like Basingstoke, and catch the train from there – then back to waterloo after the show for the 3hr journey home.

Or we can stay over, have a gin (or three) and have a grown ups night out.

So when Heliot Steak house asked if we’d like to try out their post-theatre menu, who was I to say no?

Okay, first things first. Heliot Steak House is in Leicester Square. Like IN it. But you may possibly be like us – have walked past it a gazillion times and not really registered that it’s there.

Because, you see, it’s way up inside the casino.
Yes! THAT casino!

Honestly, I had never really noticed it as more than an extension to the casino.
Silly me.

Because it turns out, I’ve been walking past a late night gem. 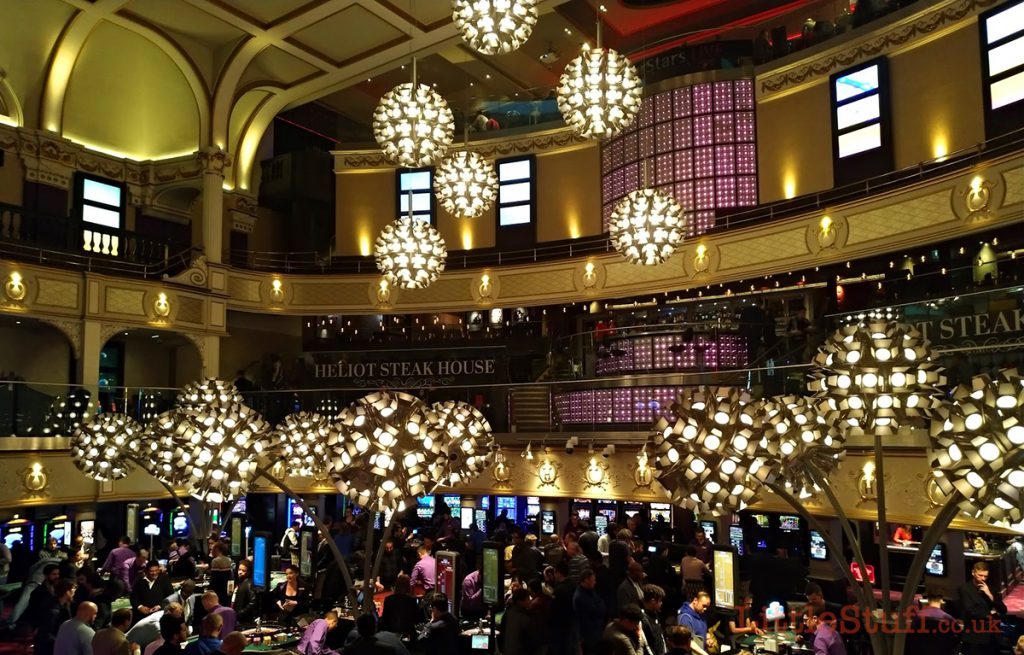 You need to walk past the door staff into the casino itself, and then wind your way up to the balcony where the ‘steak house’ is actually wrapped around one side of the casino floor.

We arrived late – the play hadn’t finished until after 10.30, so we didn’t sit down until 11. Despite the lateness the staff were friendly and welcoming, and we were handed the ‘pre-theatre’ menu (which we were using post-theatre). 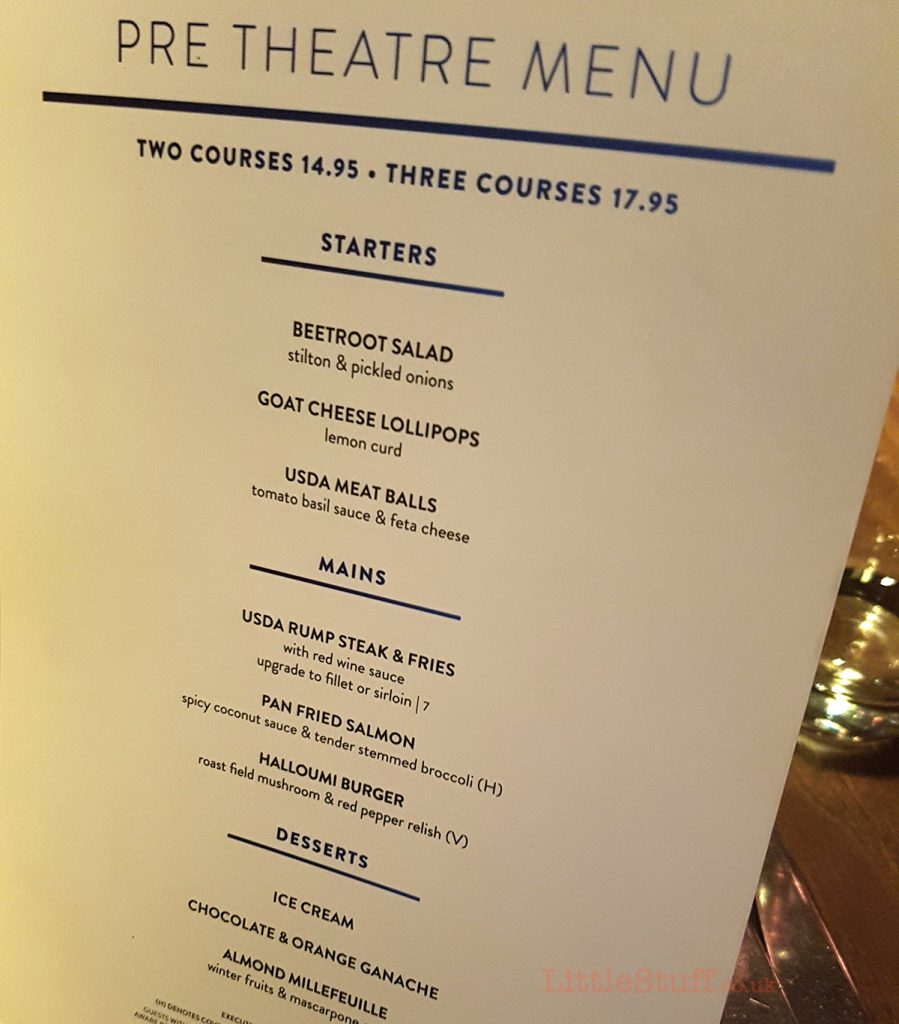 Annoyingly, we both chose the same, and then as we waited we sat back and absorbed our surroundings – there was plenty to take in. Based in the old Hippodrome theatre, the casino only takes up the main floor and cabaret is still shown on the main stage opposite the Heliot balcony; you’d have a great view from your table. There was no show while we were there, but that didn’t matter; the people watching was a whole entertainment in itself. I was fascinated by the people round the roulette tables, and what I suspect is a cheesily overdone interior by daylight is richly dark and beautifully lit around midnight.

We both started with the Goats Cheese Lollipops with lemon curd – the fried cheese balls were heavenly (to be fair I’m a bit of a goat’s cheese fiend anyway) though we both felt the lemon curd was overpowering; dipped sparingly, however, the sweet lemon with the sharp cheese was good. 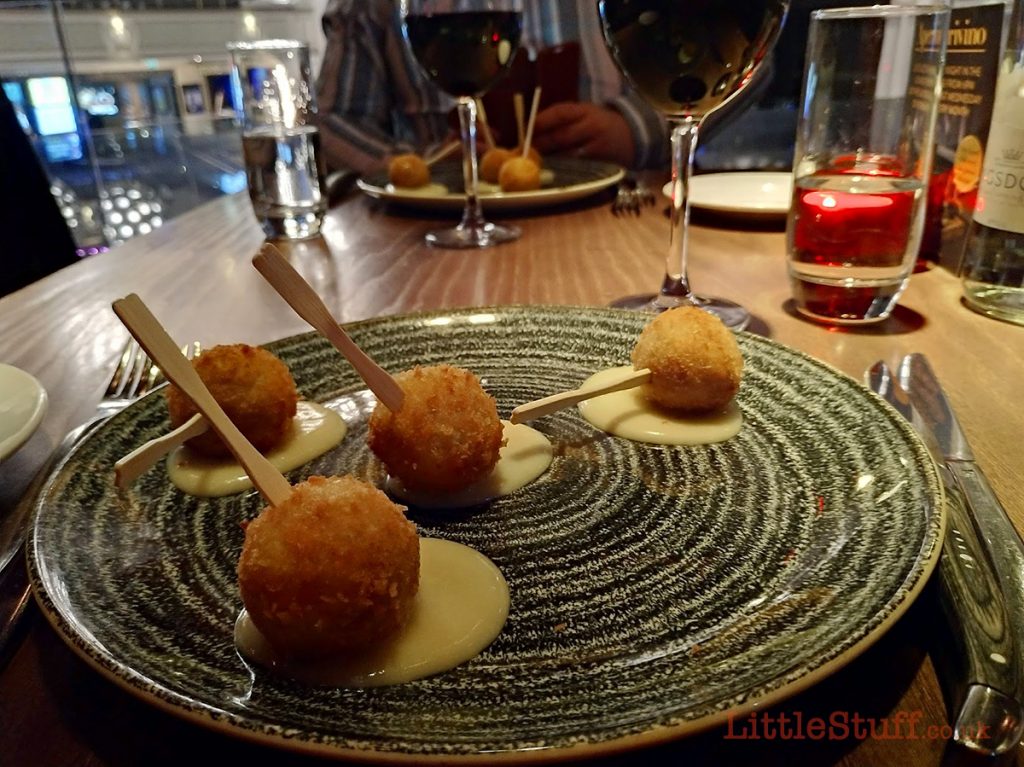 The wine list was wide, and rather beyond our limited wine knowledge (and many beyond our budget!). However, we plumped for a glass of Bordeaux and it was perfect with the cheese, and also the USDA prime steaks (aged for between 4 and 6 weeks to develop tenderness and flavour) 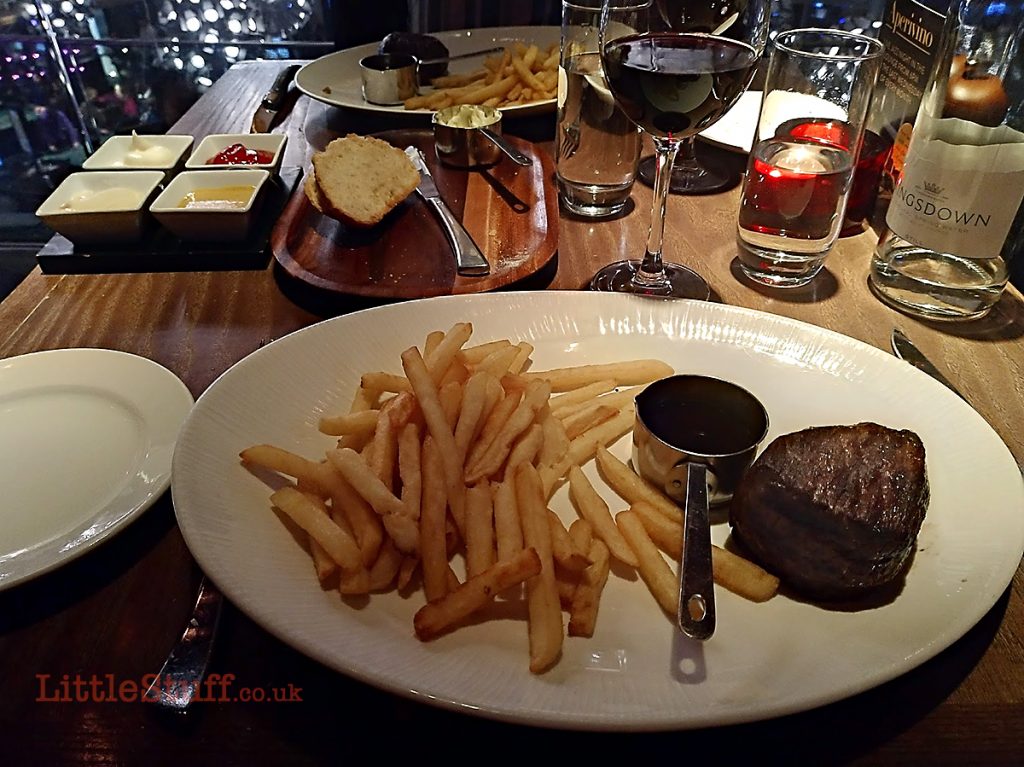 Come on – you can’t go to a steak house renowned for its steak, and then not eat steak can you?

I know this was the ‘basics’ menu, but I’ll admit I was a little surprised at the lack of… anything! when the main course was served. I knew i’d ordered steal and chips… but that was it. No salad or dressing fo any kind, just the fries, and the meat with its red wine sauce.

But as soon as we attacked the meat, we slowed down. and eyed each other happily. I’m always cautious about very thick steaks – it’s so hard to have them coked perfectly; the outside is always over done, the inside a bit too rare. But Heliot had cooked it perfectly – it was rich, buttery and melted the way a good steak should. The wine sauce was a nice accompaniment, and the fries were freezer chips, but fine. 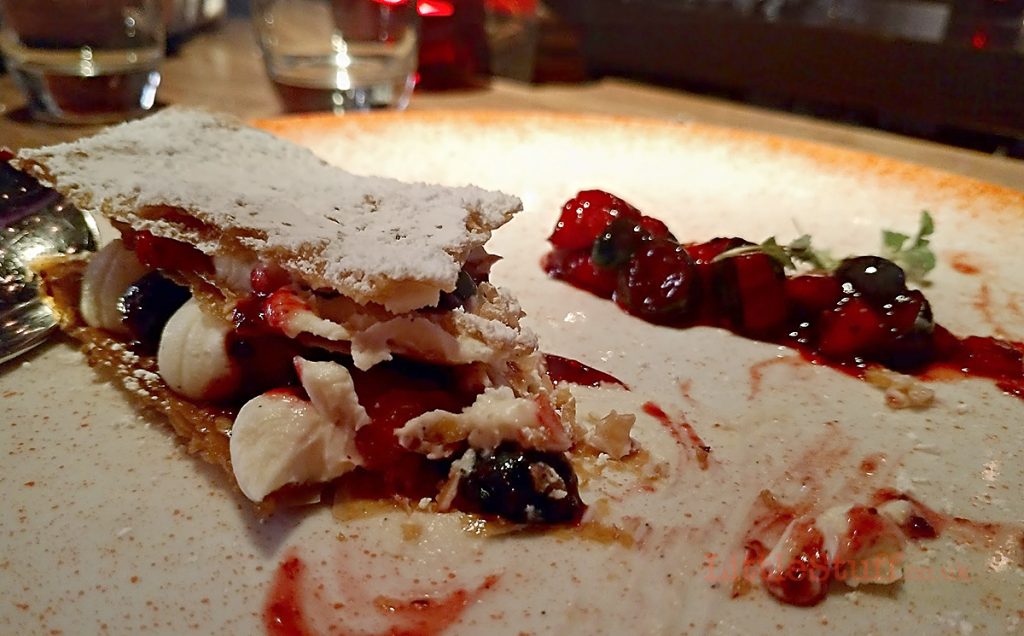 Once again we had matched our choices, and both opted for the Millefeuille. And greedily tucked in before photographing it – sorry. It was delicious. The sharpness of the fruit countered the sweetness of the mascarpone and the crunchy caramelise pastry. Perfect. 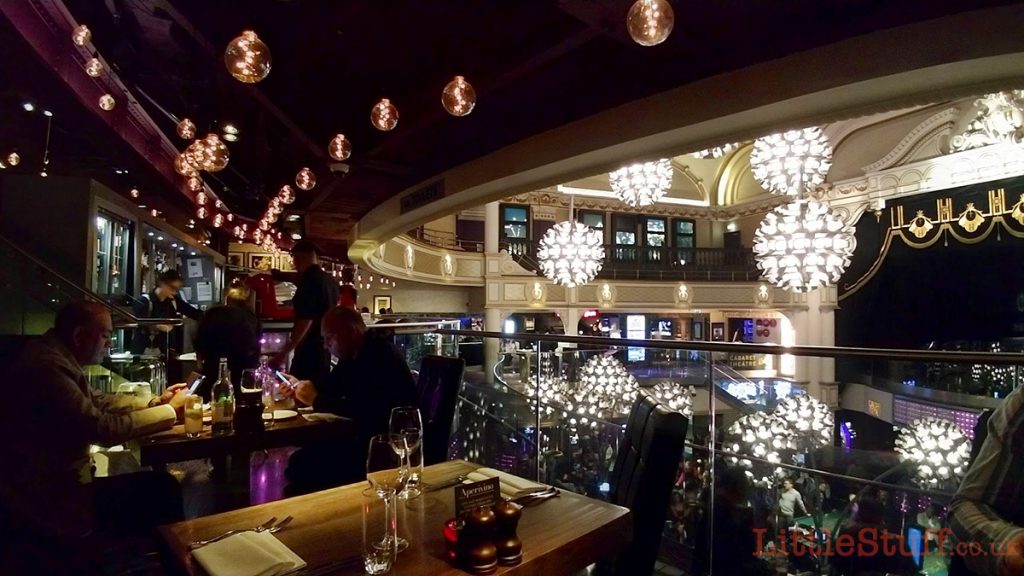 The Heliot wasn’t quite what I expected – I anticipated a louder background noise, more hustle, and perhaps a more formal atmosphere. Instead it was calm and relaxed – enough noise to make you feel the need for whispering, but nothing that meant you had to speak loudly to be heard either. The staff were warm and friendly, and the curve of the balcony makes it feel oddly private in such a large space (the Heliot can seat 100, but they’re spread along the balcony and we felt like it seated maybe ten). We simply had… fun. It was fun.

With last orders at midnight (1am on a Saturday, 11pm on a Sunday) it’s definitely on my list for a post-theatre meal. And at under £18 for three courses (plus drinks – our Bordeaux was £8 a glass), it’s possibly the best value we’ve found for such a central location. I’ll be honest – I didn’t expect to be impressed by the Heliot’s food. I figured they were a tourist trap of a restaurant in a casino with a captive audience. Plus, it’s so affordable – how can they be ‘good’ when they’re ‘reasonably priced’? And yet, even the rump steak from the no frills set menu, the bottom end of the Heliot’s steak offerings, was easily one of the best pieces of steak I’ve eaten in London. Tender and juicy, with a rich complex flavour – and despite it’s tricky thickness the medium-rare was perfect.

You can make a reservation for the Heliot Steak house here – remember it IS in a casino, so this is strictly one for your kids-free nights, as no under 18’s are allowed.