Freelance Holidays now features seven family-run apartment ‘complexes’ on Crete that deliver all the enjoyment of a villa holiday at half the price this summer, with a week in August starting at just £999 for a three-bedroom apartment sleeping six (excluding flights and car hire).

“Share the pool at one of our small and friendly apartments and the cost plummets,” says Freelance Holidays’ managing director Paul Fogg. “A three-bedroom villa with a private pool is typically twice the price. 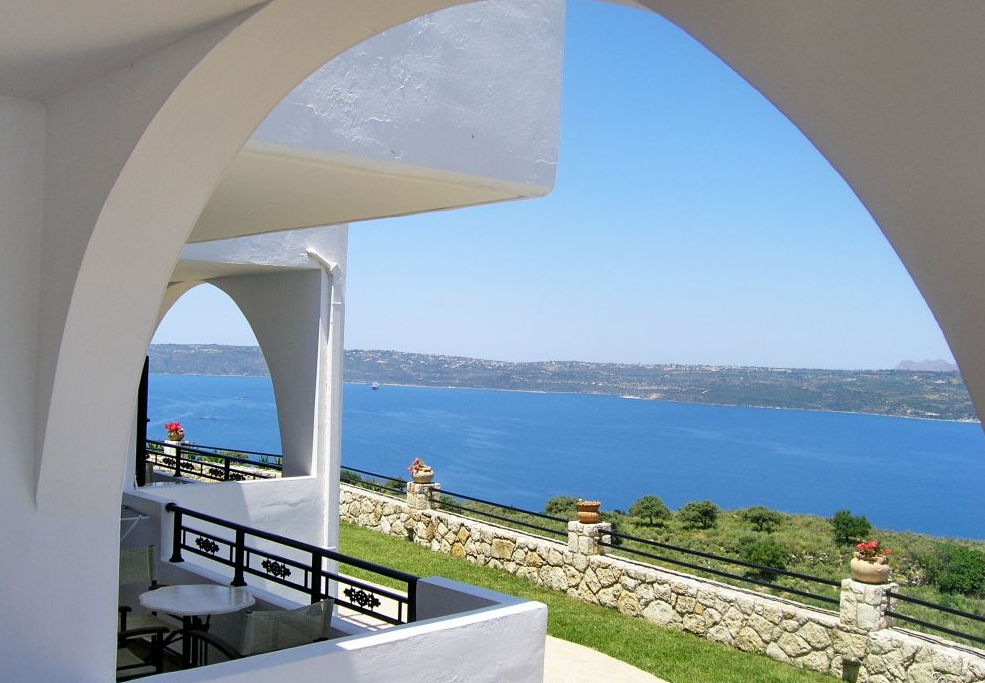 “And apartments can deliver other benefits: children for yours to play with; often a location that’s closer to the sea, and nearer facilities such as tavernas and markets. You may also be able to get away without a car, which keeps costs down even more.”

For example the Rouladina Apartments in Stalos have been a Freelance Holidays exclusive for several years. They’re owned by Manolis and Dimitra, Greek-Canadians who built half a dozen apartments around a 10m x 5m pool set just 500 metres from the sandy beach. The couple live on site and manage the apartments with a combination of Canadian efficiency and Greek hospitality: guests are often welcomed with one of Dimitra’s traditional bakes.

A week in August in Apartment Four, one of the four three-bedroom apartments (there is also a two-bedroom and one-bedroom unit) costs from just £999. It sleeps six, with the option to add a seventh on the sofa-bed in the living area. Like all their apartments in this low-rise (two storey) there’s a sea view to the front, and sun-baked vineyards behind. The nearest taverna and tiny shop is 100m away, with a wider choice 500m along the coast road. The bus stop is nearby, and as Chania airport is only 27kms away, and the town itself within 10kms, car hire is not essential – another saving!

Freelance Holidays’ line-up of apartments on Crete include the seafront Pavlakis Beach apartments, also in Stalos, Iliopetra Studios in Douliana and Paleohora Harbour Apartments on the south-west coast.